Sleep Training for 6-12 Months (That Won’t Be As Hard As You Think It Will Be). By Brooks Hagee, MD

Northeast Pediatric Associates PA Blog Sleep Training for 6-12 Months (That Won’t Be As Hard As You Think It Will Be). By Brooks Hagee, MD 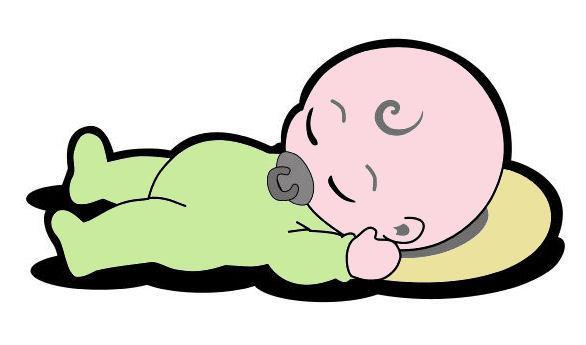 So your six to twelve month old baby is still not sleeping through the night?  This is a common parenting issue that I probably discuss at least once or twice a day with tired parents.  And it’s an issue that, as we discovered with our first child, you can fix, and it won’t be as hard to fix as you think it’s going to be.  You just have to be dedicated and determined.

When our son was six months old I had been back at work for several months.  I was getting up to nurse him several times a night and then going to work every day.  I call this my “Walking Dead” period of motherhood.  Finally, one of my colleagues took me aside (probably because I literally looked like the walking dead) and encouraged me to start working with him to sleep through the night.  And since it was either try that or run with the circus I started doing some research.  I reviewed several books on sleep training and I but I really liked the approach in “Healthy Sleep Habits, Happy Child,” by Dr. Weissbluth (Amazon, $13.60) so this is what my husband and I used to help sleep train our children.

When I talk with parents about sleep and sleep training I first educate them regarding how much sleep babies need.  A newborn will typically sleep 15-18 hours a day and a six month old needs about 12-15 hours.  Many times a parent will tell me that they kept their baby up later so that they would be more tired and sleep better.  No!  With babies the opposite is true; the more tired they are the less easily and shorter will they sleep.  I ask parents, “Have you ever been so tired you can’t fall asleep?”  Because I know I have and with babies this is especially true.  The more tired they are, the more difficulty they have falling asleep and staying asleep.  In his book, Dr. Weissbluth discusses the importance of early, consistent bedtimes and protecting daytime naps.  When I tell parents that their six month old should typically be put down between 6 and 8 pm at night I am frequently met with shocked looks.  “But that seems so early!”  “I don’t get home from work until then!”  But yes, they actually need that early bedtime so they can get that 11-12 hour stretch at night.  If they don’t start getting the proper sleep amount you will have an overtired baby.  And overtired babies are fussier.

One common hindrance to sleep training is when a baby is still sleeping in their parent’s room.  I am aware that the AAP is currently advocating “Room Sharing” during infancy.  However, a study in the July 2017 issue of Pediatrics found that room-sharing with infants ages four months and nine months was associated with less nighttime sleep, shorter sleep stretches, and unsafe sleep practices.  Obviously, more research is needed on this subject but what I have found in my own experience with our two children is that no one sleeps well when parents share a room with babies!  When we brought our newborn son home from the hospital he made so much noise with his little baby grunts and squeaks that he only lasted two weeks in the darling family heirloom bassinet next to our bed before we moved him to his own crib in his own room (with us watching via video monitor.) Obviously, some families are limited in their sleep arrangements so a baby has to sleep in the parent’s room.  And that is okay, with parenting sometimes we just do the best we can.  And it is true that it is easier to nurse a baby when you just have to reach over and get them out of the bassinet.  But nursing in bed is not without risks.  I have seen serious injuries to babies when they have fallen out of their mother’s arms after she fell asleep nursing.  Not to mention the risks of SIDS (Sudden Infant Death Syndrome) associated with this.

So back to that day when my colleague encouraged me to start sleep training my six month old.  For his middle of the night wakings, we followed Dr. Weissbluth’s “Extinction Method.”  The Extinction Method is where you don’t go to them when they are crying.  At all.  I know, it sounds cruel but we were very tired and willing to try anything at this point.  The first night he woke up for his 2:00 am feeding and when I was a no-show he cried for an hour and forty-five minutes!  Of course I felt like the worst mother ever.  But we watched him from the video monitor and could see that he was fine.  The following night he only cried for an hour.  And then the following night he cried for 30 minutes.  By the end of the week he had completely stopped waking up in the middle of the night.  He went to bed between 6:00 and 6:30 pm and woke up between 5:30 and 6:00 am.  The best part was that he was happier baby and I felt like a different person.  And it wasn’t as hard as we thought it was going to be!

What about when they protest when you first put them to bed?  For that we followed Dr. Weissbluth’s “Graduated Extinction Method.”  This is the where you put them to bed (don’t forget to keep it early and consistent) and you give them five minutes to cry before you go into them.  You don’t pick them up, rock them, feed them, etc.  You merely pat them and smile and tell them you haven’t fled the country (that last part was my own addition).  Then you leave and shut the door if you can.  Of course he will immediately start crying again because why in the world did you just leave him alone again?  So then you give him ten minutes before you go back in and repeat above procedure.  The next block of time before you go back in is 15 minutes and honestly if a baby can cry this long you got to give it to them.  But don’t pick them up!  At first, our son could cry for the five, ten, and then maybe two 15 minute stretches before he would fall asleep.  But soon it became only the five and the ten minute blocks.  And before we knew it, we laid him down and gave him a kiss and he would roll over and close his eyes and go to sleep.  It was almost magical! 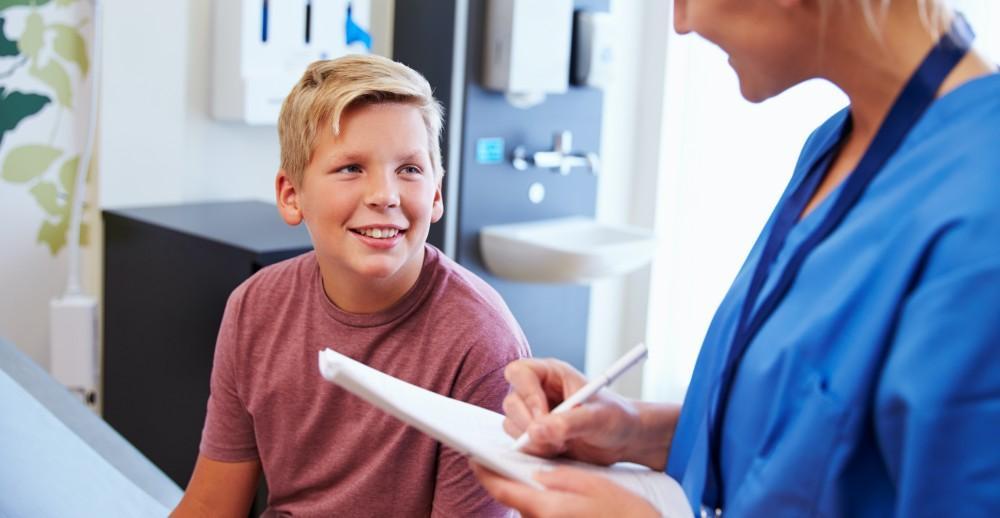 Back to School Physicals: Why They're More Important Now Than Ever

In addition to buying pencils and notebooks to get your child ready to return to school, you should also schedule an annual back-to-school physical. Find out why it’s especially important to schedule one this year.

Do you have a picky eater at home? You are not alone. This is one of the most common concerns that parents have about their children. While there is no quick fix to this issue, there are some things that you can do to help your child overcome.

Northeast Pediatric Associates is committed to the continued delivery of newborn and well child care which includes vaccinations. The COVID-19 pandemic is rapidly evolving which has led us to develop new strategies in order to provide a safe encounter...

Times have changed, bedtime should not.

Sleep is more important now that ever. Coping skills are more effective when a child’s body is rested and their schedule is consistent. A cranky, over active child or teenager suggests a lack of sleep.

Newborns enter the world without clothes, without judgement, without self-control and without a care in the world. It is not in their best interest to forgo maturation and never develop the skills needed to traverse life successfully. 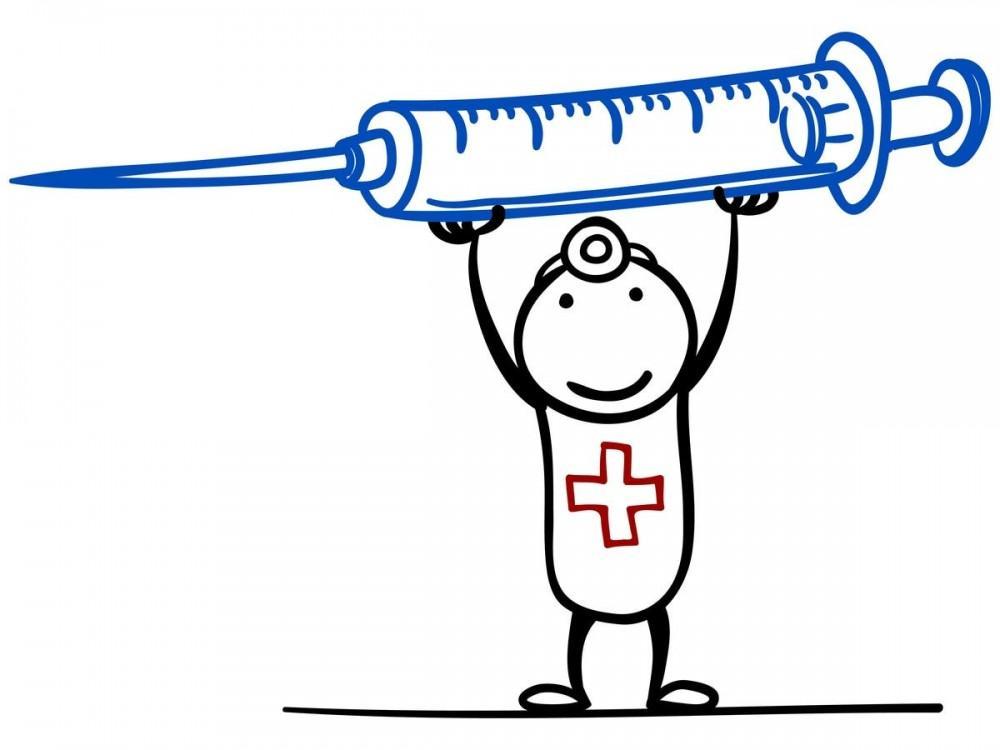 I am a firm believer in the ideal of individual freedoms. Freedom of speech, press, and religion are the cornerstones of what it means to be an American. Yet, as with any freedom, it is implicit those freedoms be exercised with responsibility.